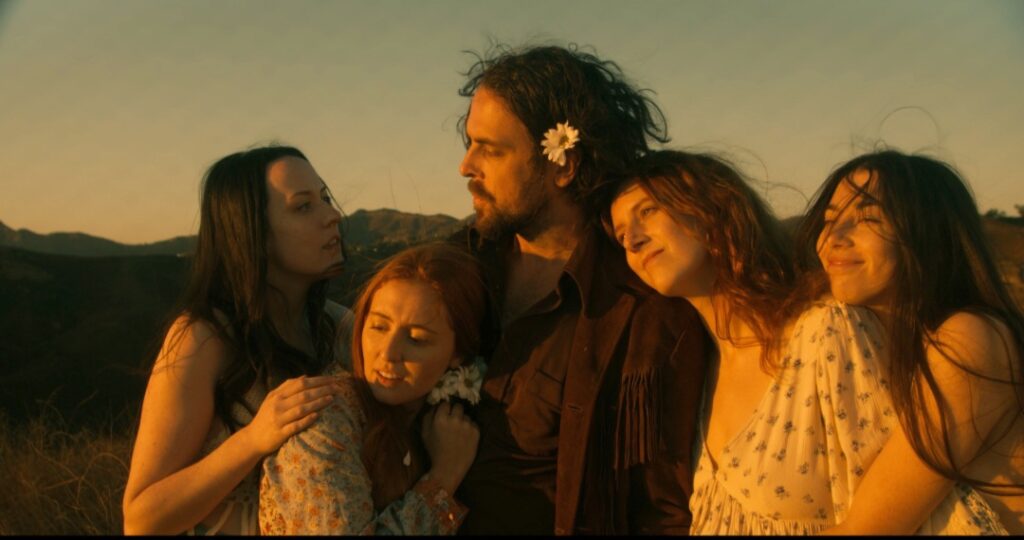 AND THE HEAVENS MUST HAVE CRIED

And The Heavens Must Have Cried takes place in the Summer of 1968, and follows Charles Manson and four of the women who fell under his spell. A year before the Sharon Tate murders, the 14 minute short puts Manson on Malibu Beach with his frolicking quartet and runs a fictional song throughout that ties the drama together like a dream. Unfortunately for the composer/follower, she was forced to wake up, and director James Camali masterfully strings us along the well known path so we can’t close our eyes to the tragedy either.

The songwriting Manson girl is Sadie Mae (Hannah Howzdy), and the melody almost lifts to heaven itself. The lyrics are equally elevating. “Have you ever seen somebody who looks so right and tells you all the things that should be understood?”

In homage to the cult leader, there’s no denying that Manson (Nathan Wallace) has Sadie Mae, Lynette (Amanda Turen), Patricia (Remington Moses) and Leslie (Evangeline Neuhart) in his grasp. Piling on, the Joseph Wesley cinematography makes sure to alert us to the precarious duality of the situation. On the beach at the outset, we can’t tell if the sun is setting or rising. So a similar doubt hangs over their young lives. Is this the beginning – or the end?

The same goes for the dream. Howzdy, who wrote and produced the film, voices over the recollection, and we don’t know if she is awake or asleep. The God-like image of Manson digs us in even deeper, and the unwavering devotion seen in the eyes and mannerisms of the actresses also puts a pause on reality.

Nonetheless, despite knowing better, we are swept away too, and against the heavenly backdrop of the surf, Wallace really does a number without saying a word. His choreographed movement, omnipotent leers and assured self confidence evokes an ideal that only a dream could realize.

The premeditated plan in motion, a cult leader must speak, and the hippie-sage demeanor and speech of Wallace draws us and the girls in too. Day giving way to night hints the downfall to come, and the fireside chat Charlie orchestrates implies that this burning bush can be as manipulative as the God of Moses.

His discourse following, the villain makes sure the girls know who always has the upper hand, while keeping them close enough to his sun that there’s no chance they fear falling out of his orbit.

The streamlined and quick Phill Skokos edits from one scene to the other reinforces that even the best of us would have a hard time knowing if we were coming or going. Still, the flowery colors of the girls’ dress against the contrasting dark backgrounds of Charlie’s little love shack does hold out hope that the light will win over.

No chance, Manson makes himself heard most loudly by reading the group dynamic. Giggling, touching and fawning over each other, love is so apparent between the girls that divide and conquer becomes a must. Keeping them pining for his love and affection, Mansion makes use of the cracks he fosters – especially in Sadie Mae’s case.

Howzdy’s pupils pierce with hate and jealousy on multiple occasions and her steady performance does show us a streak of determined independence. But orbit is always restored, and as a result, so is Charlie’s preeminence. Thus, Wallace’s stare past the fourth wall tells us this in no uncertain terms, and Sadie Mae playing out the final act as we know it, the events and the aspirational lyrics turn into a nightmare – she can never wake up from. 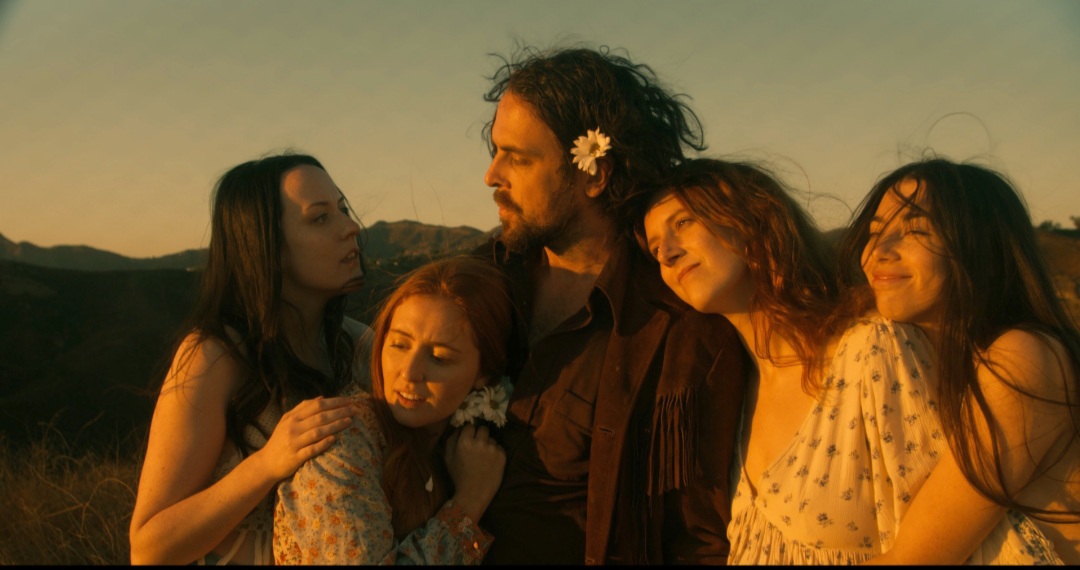 AND THE HEAVENS MUST HAVE CRIED

And The Heavens Must Have Cried takes place in the Summer of 1968, and follows Charles Manson and four of the women who fell under