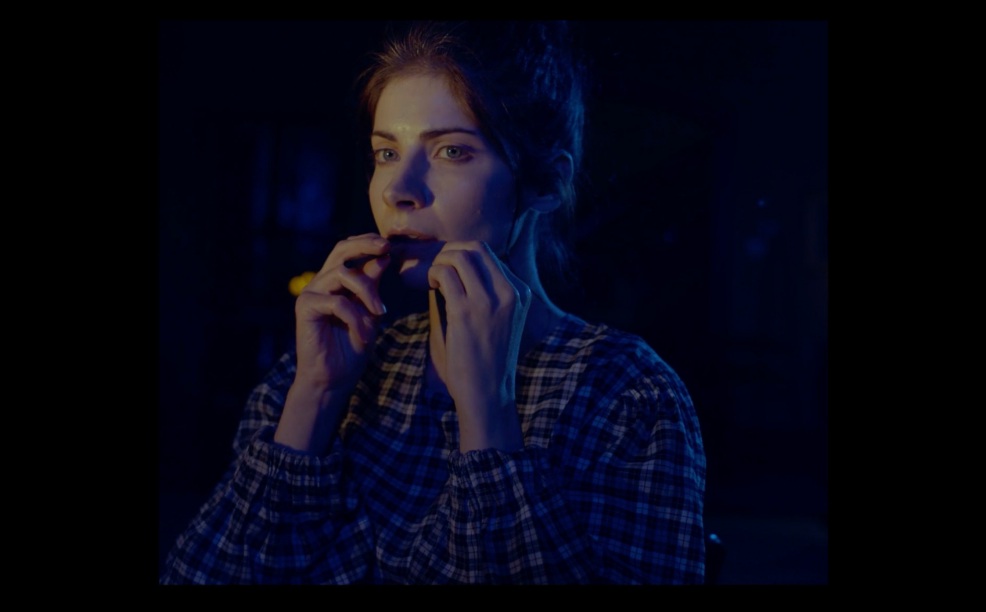 Mental illness is not an easy thing to understand – especially if you’ve never actually experienced a bout. But the medical community has long included the myriad of afflictions within the scope of their scientific exploration. Unfortunately, it hasn’t always been that way, and in her 15 minute short, Oya Babaoglu brings us back to a horrific time when treatment had much more to do with unproven doctrine than the scientific method.

The film begins by introducing us to what we now call OCD. “Arithmomania: An abnormal compulsion to count objects or actions and make mathematical equations,” reads the titles.

The lighting remaining low, we meet our counter to the foreboding score of Armida Lowe, Ellen Meadows and Vivienne Castillo. Olivia (Katelynn Newberry) is mumbling some sort of calculation, while she diligently orders all her daily processes and the objects that go with them.

Not so bad that normalcy can’t be faked, but she knows her condition can’t be completely masked. So the stakes are elevated when her new position will demand that she hide her obsessive compulsive nature from her employer. A psychiatrist circa 1875, she has been promoted to be the head doctor of the city asylum.

A conundrum that Babaoglu and Newberry bring to life when Olivia is introduced as the new boss. The director goes close up, and you can see Newberry is doing more than scanning the gathering. Her eyes quickly moving back and forth, Olivia’s not registering the new faces, she’s calculating another series of unsolvable problems.

Of course, Olivia must put on a front and another closeup gives us the impression that we can actually hear the internal mumbles that Newberry voices over the scene. Thus, it’s clear that Olivia needs a solution. So she becomes her own practitioner, and in search of a cure, the medical professional has seven days to utilize the day’s best practices. Ouch.

Among the Medievalry are purging, bloodletting, forced feeding and enclosed isolation. The 19th century playbook saves the best for last, though. “If all else fails, find the source of the malfunctioning body part and alter its bone structure. Alteration of the old bones helps the body build new healthier formations,” Olivia explains.

In layman’s turns, hit the patient in the head, the bone crackling sound effect sends a shudder. At the same time, the heavily shadowed Ben Rhodes cinematography continues and implies how Olivia and medical science were doing nothing more than just fumbling around in the dark.

But the absence of light that helps reveal these atrocities isn’t the only source of our revulsion. Olivia methodically breaks down each treatment and diligently documents her findings with all the attributes of a dedicated scientist. Throwing herself into the fantasy, Newberry makes Olivia’s expertise seem beyond question.

Until it isn’t, and the self treatment obviously fails. So the epiphany before her, Olivia must decide whether the asylum should carry on as usual.

Either way, this character and her story played no part in actual change. Instead, Olivia is inspired by three reformers. Dorothea Dix, Helen Boyle and John Galt all were able to draw similar conclusions from the asylum system, and their activism paved the way for the modern era of humane psychological treatment.

Not yet there as a society, the rest is up to us. The film implores that we put aside our own unfounded misconceptions and be a Dorothea Dix to the sufferers that we know. This, even if we don’t exactly understand, because any of us could be a victim.

Mental illness is not an easy thing to understand – especially if you’ve never actually experienced a bout. But the medical community has long included