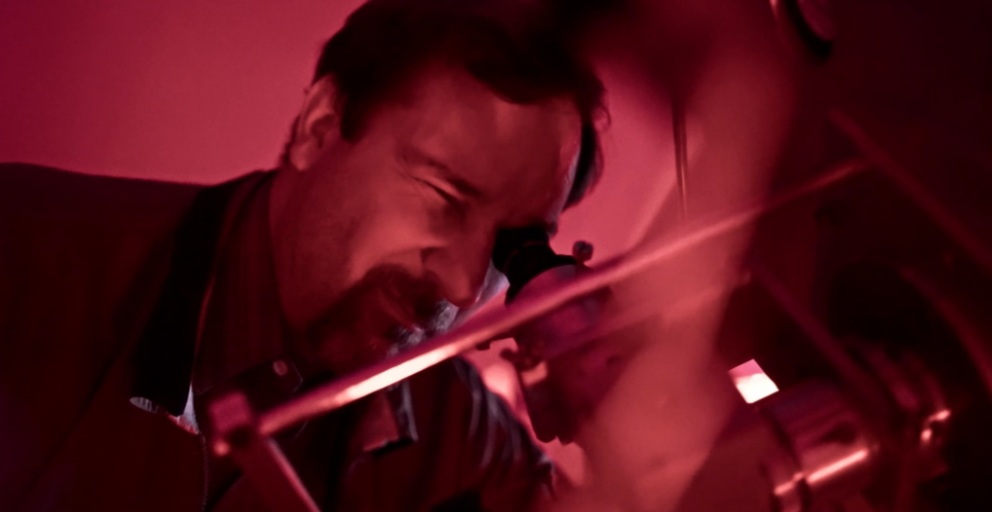 Astronomy aficionados, rejoice! Sam Smartt’s meticulous (almost to a fault) documentary Luminous is tailor-made for the space geeks among us who are endlessly interested in the mysteries of the universe. The protagonist, astronomer Larry Molnar, embarks on a quest to prove his potentially groundbreaking theory; whether it pans out is not the point. It’s the journey that matters.

Smartt follows the humble but determined Molnar – curiously, a scientist guided by faith and religious beliefs – in the wake of his unprecedented discovery: a pair of stars that are potentially going to cause a Red Nova (essentially, collide and blow up), creating a new star in the process. “There’s nobody making predictions of stars that are going to explode,” Larry states. “The odds of it are very small,” another professor claims.

Humble but determined, Molnar pursues his goal, visiting the grounds of ancient civilizations that witnessed such explosions in space, all the while working closely with his students on the project. He’s met with skepticism, especially when it takes him ages to finish a draft of a scientific report. But then the media begins to express interest in Larry’s findings. Before he knows it, the astronomer is being interviewed, and articles about him are popping up worldwide. Is his prediction real?

The film touches upon a slew of fascinating topics. The three-body problem is examined (albeit slightly) – an issue that could derail his entire journey. A tragic shooting at his school is spurred by a straight-edge student’s scientific jealousy. There are plenty of historical references to ancient astronomers like Galileo. If one is curious about spectroscopic radiation, then they will feel right at home here.

Luminous debunks some of the myths perpetuated by Hollywood films: scientists never work alone, always sharing concepts and findings in a group; discoveries aren’t made spontaneously (“One person says, ‘I just saw something funny, come take a look at this.’”) but rather gradually, bit by bit. At times a tad dry, the doc has a niche appeal. Stretched out over 90 mins, it could’ve easily shed 20. That being said, a palpable sense of wonder, and love of science, complements the narrative. “Science is a very human, intensely personal, deeply challenging field,” a professor muses. The film is a character study, sure, but it functions as an inspirational piece about pursuing your dreams, going out on a limb, despite major pushback. As such, it may not quite be “luminous”, but still emits a spark that’s bound to catch someone’s eye.

Astronomy aficionados, rejoice! Sam Smartt’s meticulous (almost to a fault) documentary Luminous is tailor-made for the space geeks among us who are endlessly interested in